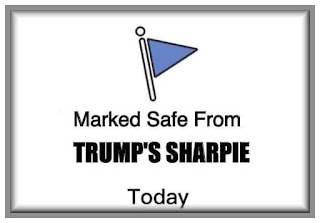 This is an important one!! 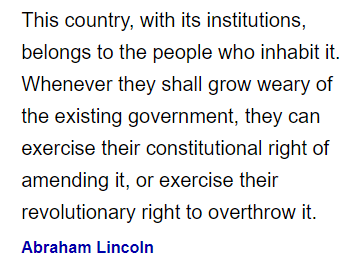 I just ran into a story I never of checking out. It is titled "How to Become a Writer". I don't know why I didn't think of looking for it before.

The article begins (in WikiHow - to do anything by the way !) "The translation of human experience into an artful literary presentation is the art of writing. Writing is a careful craft that follows certain literary techniques and maintains field standards. Most fields in creative writing (from academia and publishing, to grant and technical writing), require a higher degree, including at least a Bachelor's degree, and, often, an MFA in creative writing or an MA in literature, journalism, or a related field.

Now THAT is my problem! And I didn't know it. Why didn't someone tell me?

How can I expect to be a success, or at least earn a little spending money (I need $100 to buy a new video adapter so I can use two monitors at one time) if I don't meet the minimum requirements?

They are LOUD even with just my little USB computer speakers. I can only imagine if I still had my old Logitech with subwoofer still hooked up! Most of the time all I saw was: 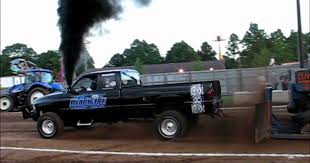 Trucks stopped dead in their tracks with blown engines.  I imagine those engines cost upwards of $10,000 plus the time of building and swapping them out.

Ah well, 15 minutes of viewing was enough for a lifetime. I would rather write book reviews. I will share two with you in a minute - if you promise not to throw something at me.

More from the Writers - How? - Book

I peeked in the chapter on Nitty-Gritty Rules of Thumb:

1. Start with simple words - heck that's all I know

2. Stick with short sentence - again - that's all I know

4. Be careful not to use adjectives - what are they?

5. Be a student of vocabulary

6. Say what you mean - THAT's why I'm always getting in trouble.

I remember writing in the high school paper - what was the name 'The Indian'? I wrote an article about how the cops picked on us seniors for a party after a football game. (I don't remember that we won - but it was a good excuse for a party!)

Mr. Volecker the journalism teacher, personally escorted me to the principles office for a lecture on good, responsible journalism. That sunk in real well. The next time was that I got caught smoking on the band bus trip to Canada! They stripped me of my Honor Roll status and kicked me out of band.  tsk tsk

Those crimes led to bigger ones of course - like getting drafted into the AUS (the Army of the United States) I wasn't going to volunteer for RA -regular army.

I did find a really good tool this evening. It's called Trello. You can set up Cards to keep track of the platforms you write for, the topics you are researching, the stats of writing the articles and when they are done.

Shoot! I did all that on an Excel worksheet Sunday night. I could have saved hours! Remember, if I can't write I surely don't know how to type.

Well, that's enough foolishness for tonight. I promised to let you read my to adventures into writing book reviews so hang on.

Finding a stable footing in Misreading Judas is challenging at best.
Craig Martineau

Main Characters:
Husband: Ed Burns
Wife: Helen Burns
Son: Alan
Son: Max
Max’s School Buddy: Godfredo
Max’s Fiancee Sarah Beauvois
Paco (Fransisco) Roco
Godfredo Roco
Others
Prologue I
Location: Surrey England 1993
The Events of one evening which include a nighttime escape - by a helicopter flown by Ed Burns.
Their son Alan is brought up in conversation and there are indications that he may be handicapped.
Prologue II
Location: Zouz Swiss Alps
We are introduced to Max and his friend Godfredo while they are on the slope skiing near their boarding school.
REVIEW:
How would you react?
This book draws you in quickly with a nighttime helicopter escape.
Leaving their large group of dinner guests behind in what must be an enormous estate Ed and Helen Burns have a disjointed conversation while Ed pilots the helicopter.
The helicopter and the dialog relating to Helen’s diamond necklace indicate they must be wealthy.
The author does not dwell on events that are not central to the storyline. He does not waste our time.
The editing is superb. Tight dialog, tight scenes, short chapters to keep the steady drumbeat of the plot.
Chapter Two is a scene at Professor Moyle’s apartment.
Here we meet Alex (Alexandra Wong) and Gian Tarocco, both engineers that graduate from college with Dr. Max Burns. All three have worked on projects together throughout their college years.
The crux of the tension is presented in the conversations. The Panama Canal is being expanded. Professor Moyle would like his star pupils to attend to this grand once-in-a-lifetime project. He is pushing them to accept the challenge and submit a proposal for the project within the six-month time frame.
Max is a geomatics engineer.
This engineer is involved in everything involving spatial considerations such as utilities, land, communications. Almost everything an engineer would find in building an expansion to the Panama Canal. Max is a Doctor of Science and just finishes his last lecture as the book opens.
In Chapter One we are introduced to Sarah, Max’s fiancee and the daughter of Max’s soon to be employer. They have spent eight years together preparing for marriage and for Max to work for her father.

The gathering at Professor Moyle’s displays the quandary Max is in. He has promised to marry Sarah and to work for her father, the head of Beauvoir Construction at the end of the month.
How is that going to work if he follows his classmates and flies to Panama for the six months to research and present a proposal to expand the Miraflores Locks and Miraflores Lake.

An expansion of the locks did begin in 2007 and was completed in 2016. While this is not a tale of the actual expansion it serves as the backdrop to our story.

The story shifts to Paco and Godfredo. Paco heads CISCO Construction company that has built many of the major bridges in Europe.

Paco is a bully and treats his son as a lackey. He may project a smooth sophisticated demeanor to outsiders but we know, from incidents at a boarding school that Paco is a brutal overlord with his son.

Paco entices Godfredo to hire his old school mate as the chief engineer and Alex and Gian as two of Max’s assistants.
There is a six-month period when all the research has to be completed and the proposals submitted to the Panama Canal Authority.

The author spent a decade working in Panama so he expertly develops the layout of Panama for us. From the old town of Casco Viejo to the harbor where the massive super ships transport containers all over the world, he gives us the ‘real’ Panama. When he describes the heat and humidity you also start sweating thru your shirt.

With a project as immense as the expansion of the Miraflores locks you would expect plots and plots within plots. You will not be disappointed. While these side-trips add to the interest of the main plot they do not overshadow or slow the pace.

The editor keeps the plot and character development moving along at a good pace. Not galloping but fast enough that boredom does not have a chance to rest on the shoulders of the reader.

You would expect the United States to be involved in the expansion and so they are.  The U.S. took over the construction of the Panama Canal from France. In 1977 President Jimmy Carter signed the custodianship of the locks over to the government of Panama with the proviso that the U.S. would still control the defense of the canal.

In the book, you would also expect the Germans and Chinese to be involved in the expansion. The Chinese start the work of building a competing canal throughout Nicaragua.

I am afraid to say more or I will give away plot lines and the more interesting of character traits.
I hope you find this book and spend a few hours to read thru it.

It has all the makings of a good suspense novel written by an expert hand and guided by an excellent editor.

One of the best novels I have read. I will be re-reading it again in a few years.
Word count 935
Read Time 3 min 40 sec

Email ThisBlogThis!Share to TwitterShare to FacebookShare to Pinterest
Labels: Book How to Become a Writer, Book reviews of 'Misreading the Gospel of Judas, I watched Monster Truck Pulls instead of reading it, The Expansion
Location: Audrain Rd 449, Benton City, MO 65232, USA 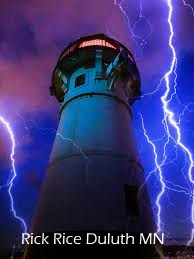 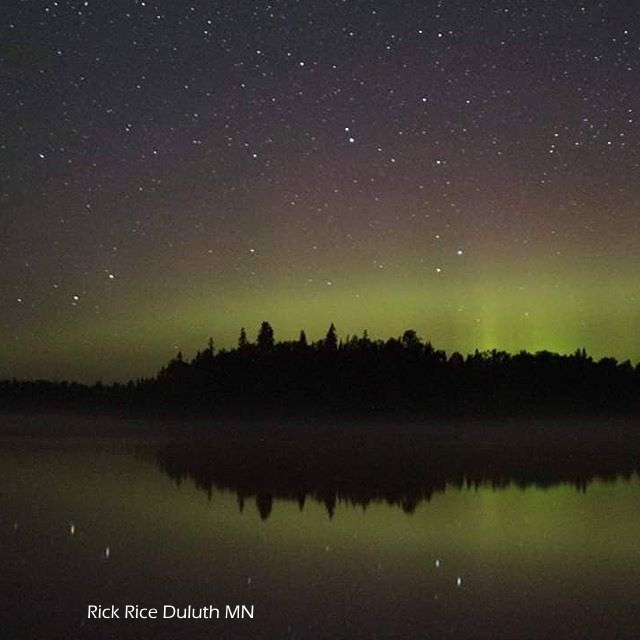 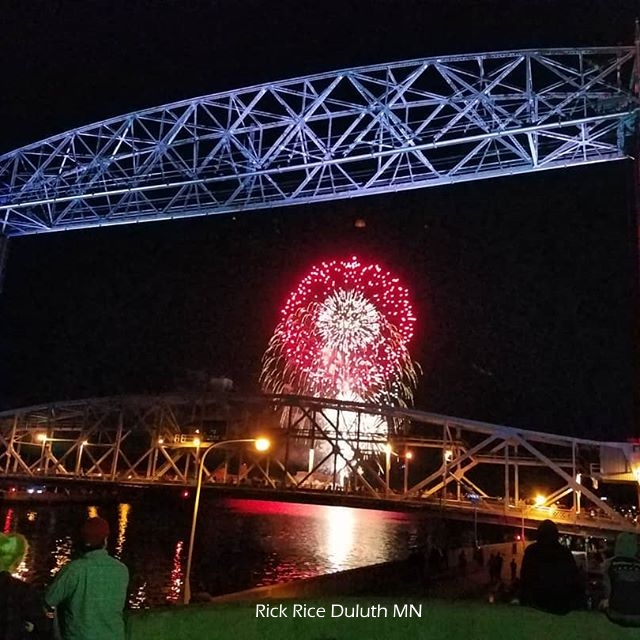 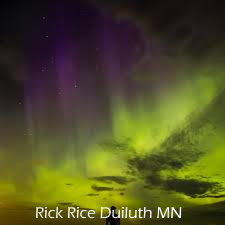